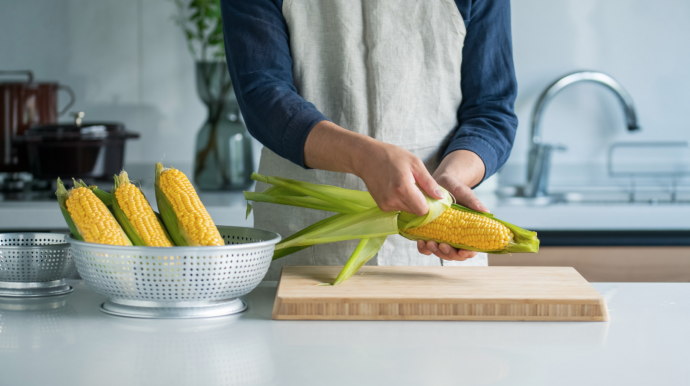 Genius hacks and simple solutions are amazing because they make our lives easier, save time, and minimize effort. Today I’d like to share with you some more kitchen hacks and culinary tips with corn. I hope, these simple ideas and tips will make your time in the kitchen a little bit more pleasant! 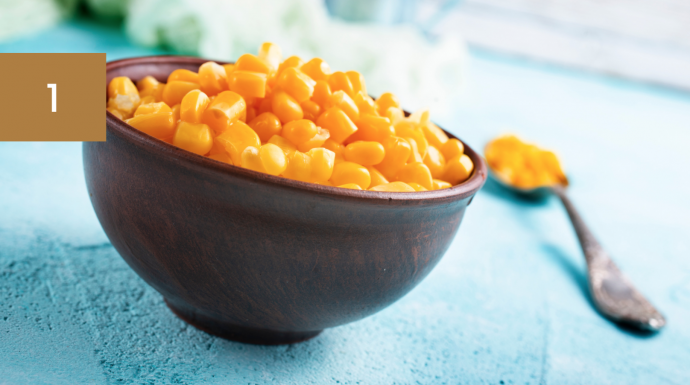 Husking corn is no one’s favorite job, but you can make it much easier with this trick: start by cutting off the stalk end, 1 inch above the last row of kernels. Place the corn on a plate and microwave for 2 to 4 minutes. The microwave creates just enough steam between the kernels and the husk to separate the two. Grab the corn by the uncut end and shake it and squeeze at the same time, and the corn will slide out silk-free and husk-free.
15

Lifting corn on the cob from boiling water 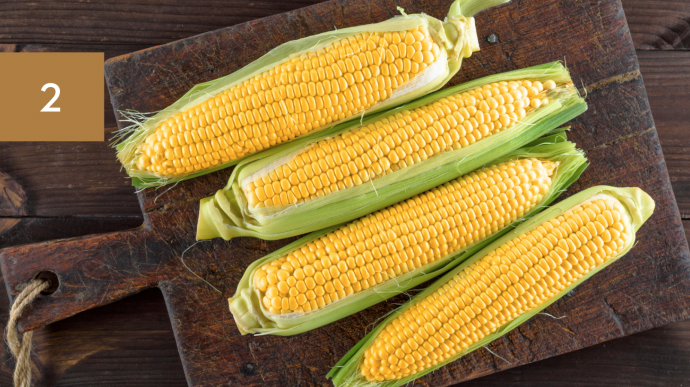 Without a pair of tongs, removing corn on the cob from a pot of boiling water can be quite a challenge. Next time you find yourself in that predicament, reach for a potato masher, which both cradles and drains the corn beautifully.
13 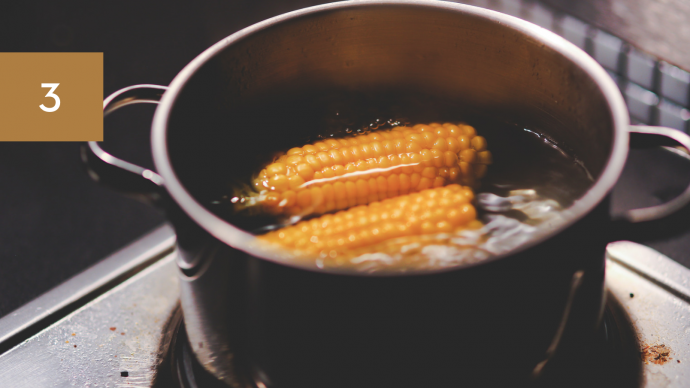 Boiled corn on the cob is a backyard summer staple, but how to drain all those bulky ears at once when a colander is too small? Rather than juggling ear after ear in a cramped colander, try putting all the corn into a clean, empty dish rack as you remove it from the pot. The rack accommodates many more ears than a colander.
8

Corn on the kebab 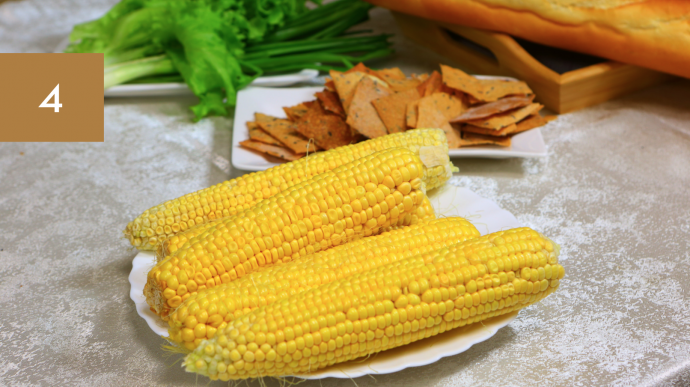 Grill cooks who like pieces of corn on the cob on their kebabs know how difficult it can be to impale them on the skewer. To make things easier, start by running a corkscrew through the pieces before skewering them. The puncture makes it easier to skewer the corn, and the coiled hole helps ensure a snug fit.
6

Steamed corn for a crowd 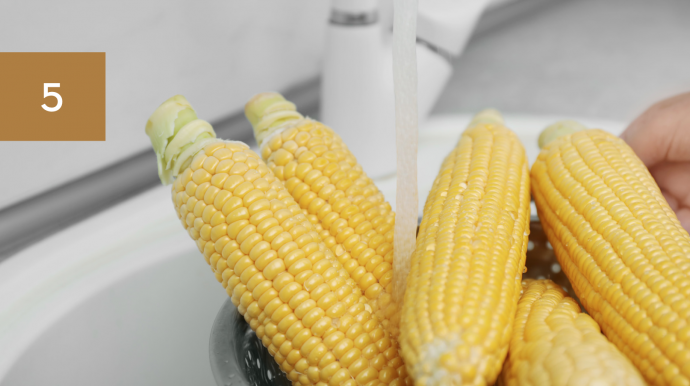 Here’s a trick for steaming a lot of corn without a giant pot.
1. Cut two medium onions into 1-inch-thick slices, separate them into rings, and arrange them on the bottom of a large roasting pan. Fill the pan with 1 inch of water and place ears of shucked corn on top of the onions. Cover the pan with aluminum foil and seal tightly.
2. Set the pan over two burners and steam over high heat until tender, about 10 minutes.
5 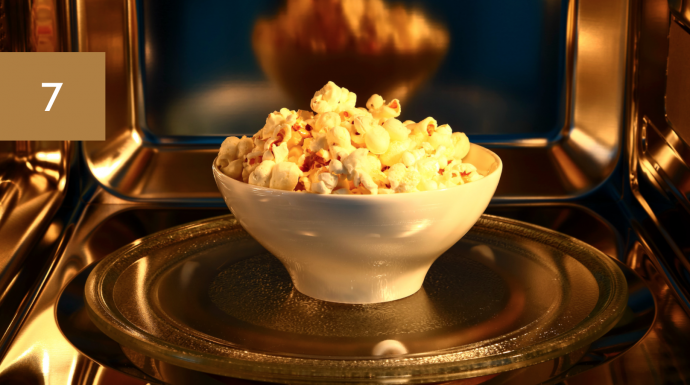 Here are several tips for the tricky job of taking corn kernels off the cob.
A. Place a clean dish towel over a rimmed baking sheet. Cut the ears in half crosswise and then stand the half ears on their cut surface on the sheet and cut. The fabric will catch the kernels as they fall and keep them from jumping every which way.
B. After setting a mandoline to ¼-inch thickness and placing a pie plate underneath to catch the kernels, grip the corn with a dish towel for safety, then strip each ear in four quick sweeps down the blade.
C. Place a small bowl upside down inside a larger bowl. Steady the wide end of a corn cob on top of the overturned bowl and slice downward to remove the kernels. The smaller bowl elevates the cob so you can get a clean slice, and the larger bowl catches the kernels.
4 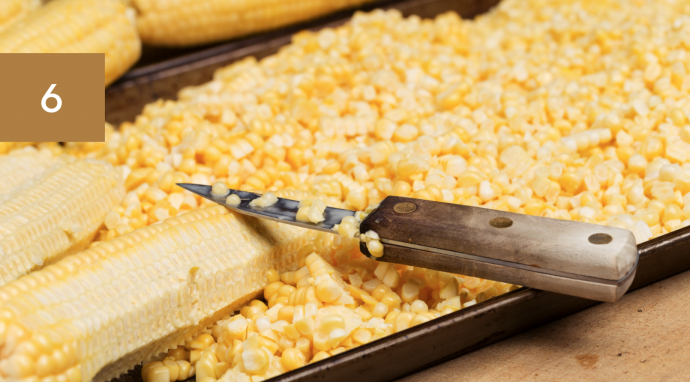 Instead of buying expensive, unhealthy microwave popcorn at the supermarket, make your own with these simple instructions.
1. Place ¼ cup bulk popcorn in a 4-quart microwave-safe bowl with 1 teaspoon vegetable or olive oil. Cover the bowl tightly with microwave-safe plastic wrap, poke a few holes in the surface, and microwave. The popcorn will take between 2 and 6 minutes to pop. Check its progress frequently.
2. When the majority of the kernels have popped, use potholders to remove the bowl from the microwave and place it on a clean, dry surface—it will be extremely hot. Toss with melted butter and salt, if desired.
10
kitchen hacks, culinary tips
Like!2
Add to bookmarks
Assign tags
Share on Facebook
Pin it!
Share on Twitter
Write a comment
No comments