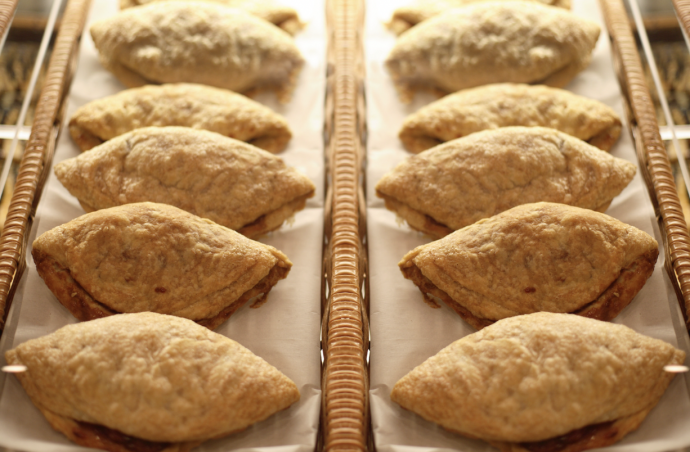 Whether you use these tips to make this classic apple pie recipe, or you want to make a creamy pumpkin pie for Thanksgiving, whatever you're craving, these tips will help you succeed.

This rule doesn't just apply in the summer - things can get pretty hot in the kitchen when you're cooking, especially if your ingredients are close to the stove. Not only can you keep the butter cool, but you can also keep the flourcool - the key is to create an environment that prevents the fat (butter or lard) from melting before it's incorporated into the flour so the dough is nice and fluffy.

2. Use a food processor to knead the dough.

It's fast, cuts the fat into the flour without melting it, and also makes it easy to achieve the crumbly consistency recipes call for.

3. ...But less is more when it comes to pulsing the butter in the food processor.

Here's why If you pulse too much, larger pieces of butter will be lost in the dough. These larger pieces are best because they spread out as you roll out the dough, creating a thin layer of fat in the dough that makes for a super flaky and tender crust. (You'll end up needing a mixture of larger and smaller pieces of fat - from pea size to tiny pebbles.)

It's best to shape the dough into a smooth, round disc before chilling. If you want to roll out the dough, take it out of the refrigerator at least 15 minutes beforehand so that it's no longer so cold. Rolling out cold dough will result in cracks, leaks, ragged edges (and furious shaking of the rolling pin).

Lightly dust the work surface and the top of the dough to keep it from sticking and cracking. But only a little is important - too much flour will make the dough dry.
Tip: Use a sieve to control dusting and avoid lumps.

7. Roll the dough away from you.
Try rolling in the order 12:00, 10:00, 2:00 from the centre out. Turn the dough a quarter turn on the work surface as you roll it to make sure it doesn't stick, adding more flour as needed. (Keep the dough moving, if it doesn't move you'll need more flour)

Leave only a half-inch overhang around the edge of the pie plate. Too much overhang will result in thick, curled edges that won't bake all the way through. (It's best to cut the dough with scissors)

It'll add additional colour to the crust. The browning isn't only more visually enticing, but also adds to the flavour. Brush the top of the dough with it, but leave out the curled edges. This will prevent them from getting too dark after baking.