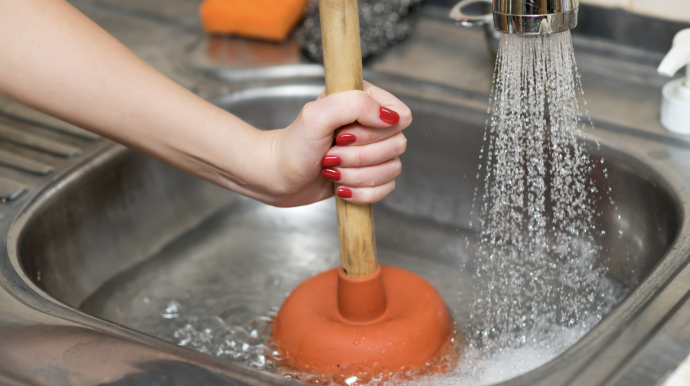 We all know the disheartening feeling that arises when the water in your shower or sink won’t drain. It seems that clogged drains present themselves at the worst times. You might be enjoying a warm shower when, all of a sudden, water is pooling at your ankles. Or, perhaps you are cooking and flip on the sink disposal, only to find that the water refuses to drain or quickly fills up the sink only minutes later. Before you let frustration take over, we’ve got 9 solutions that are sure to help clear your clogged drain quickly. 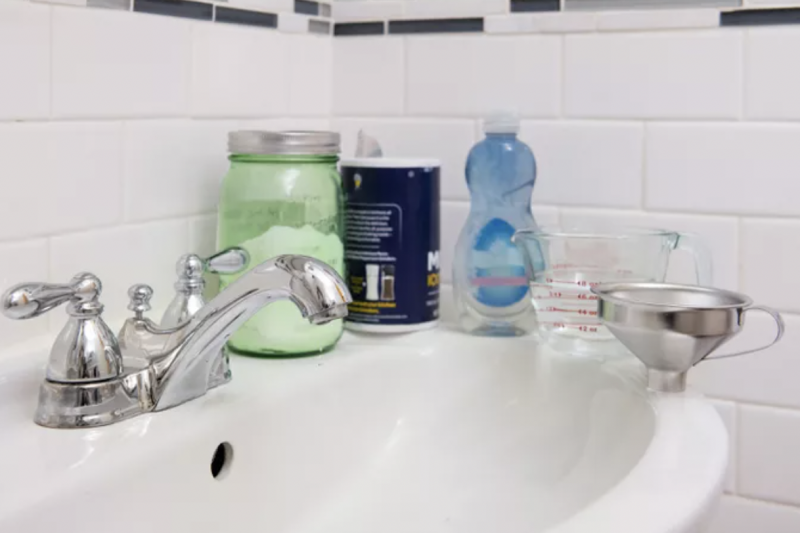 To unclog a drain, drop three Alka-Seltzer tablets down the drain, add one cup Heinz White Vinegar, and wait fifteen minutes to allow the reaction to fizz. The bubbling action can unclog your drain by breaking down grease and allowing the clog to wash down the pipe. Then pour a kettle of boiling

Drain as much water as possible from the clogged sink, pour Cascade Gel dishwasher detergent into the drain, then carefully and slowly pour a kettle of boiling water down the drain. The boiling hot water softens the clog while the phosphates in the Cascade Gel devour the debris. 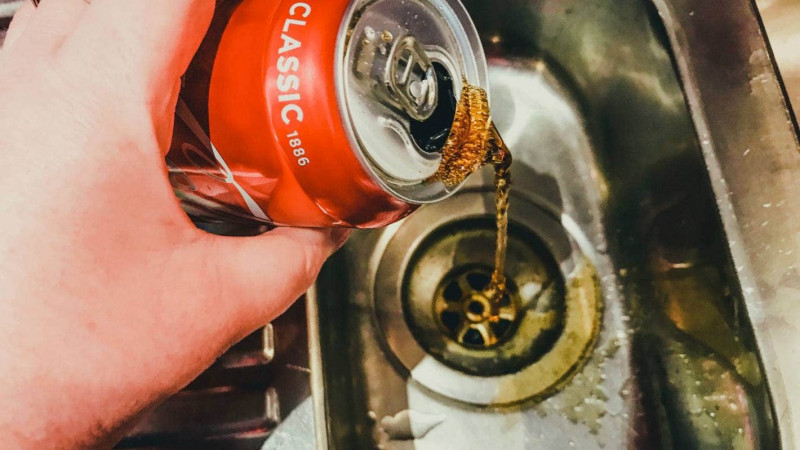 Once a week, pour a bottle of Coca-Cola down the kitchen drain and let sit overnight to dissolve grease buildup and prevent clogs.

To clear a clogged kitchen drain, boil three to four tablespoons Dawn Dishwashing Liquid in a pan full of water and carefully pour the heated mixture down the drain of the kitchen sink. The solution will dissolve most kitchen sink clogs because Dawn breaks down grease.