Knitting Needles: Types & How to Choose

The main types of needles are circular, single point (straight needles), and double point. Let me cover the reasons for using each type.

They are most commonly used for larger projects such as seamless sweaters, large blankets or scarves that are knitted horizontally because the cord offers more space for the stitches. Another benefit of circular needles is that the weight of the project is distributed across the cord and can rest in your lap while you knit, making the knitting lighter on your wrists. Circular needles can be used for most small projects as well; making them an excellent all around needle choice.

This is the knitting needle to use when you want to knit flat (back-and-forth). They don’t give you a lot of variety for projects since you can’t use them to knit in the round. If you use them to knit sweaters, mittens or hats, you will have to sew your projects together when finished.

They are straight with one pointed end and one end with a stop.

For beginners, it can be argued that a circular needle might be a better option. These needles are more versatile, but they don’t have the simplicity and tradition of single points.

Double-pointed needles are the oldest method for knitting in the round. They have points at each end, allowing you to knit from either end. They usually come in sets of four or five because you generally work with that many at a time. They are generally used to knit items in the round that are too small for circulars, such as socks, mittens and sleeves.

Double points aren’t beginner-friendly needles. Having a point on both ends results in a much higher chance of dropping stitches. If you use double-pointed needles to learn to knit, you should only use two needles until you’ve mastered your stitches.

Ok, so now, when we have learned the basic needle types, let’s move on to the variety of materials. Knitting needles are typically made of metal, wood (primarily bamboo), and plastic.

It's ideal for hairy or textured yarns because they slip over the metal smoothly instead of getting caught, and because metal needles have the sharpest tips, they're perfect for complicated lace work and cable knits, as well as ideal for making very fine stitches.

Wooden needles have become the standard in the knitting world, as they are quite smooth, but still tend to have more grip than metal needles. Wooden knitting needles are a great choice for beginning knitters and any other knitters who like a warm, organic feel to their needles. Bamboo needles give a similar feel to wooden needles, but they are often cheaper, easier to find and available in a wider variety of sizes.

Plastic needles the least expensive type of knitting needle and may be a good choice for someone who is interested in trying knitting out for the first time. They offer smoothness comparable to wooden needles and are the lightest. Plastic needles come in extended sizes and are therefore the best choice when very large stitches are called for. They are also often used when knitting alternative materials such as shredded plastic bags, lengths of rags for rag rugs and rope.

Determining What Size You Need

The best way to determine the size of needle needed for a project is through finding the gauge. Gauge simply refers to how many stitches per inch you knit with a particular yarn and needle. Most patterns will list a gauge for the project and this is more important than the listed needle size. In order to find your gauge, knit a test swatch and measure how many stitches you knit, then adjust up or down a needle size until your gauge matches the pattern.

Try out as many types of needles as possible to find which one works best for you.

Let me know if you liked this short guide and if you have any questions. Which type of needles do you use? I will be happy to discuss in comments! 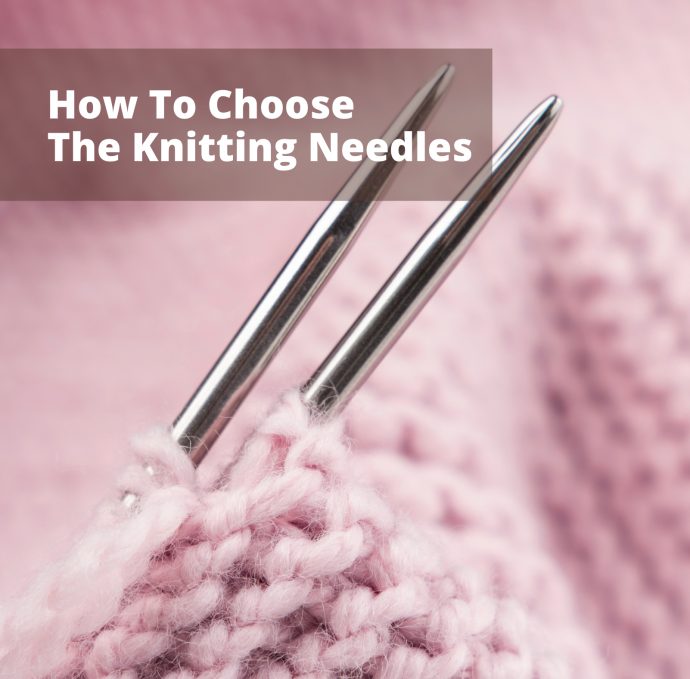 Katarina
0
Who rated
+1
Who rated
I loved this lesson. As usual, it is written in simple language, without too many details, allowing the reader to memorize it all. Thank you!
Reply

Blossom Lady Katarinareplied to
0
Who rated
0
Who rated
I loved this lesson. As usual, it is written in simple language, without too many details, allowing the reader to memorize it all. Thank you!
Thank you, Katarina! 😊Glad you like them! I'm preparing the new lessons, and they will come up here soon!
Reply