7 Cooking Hacks to Save Time 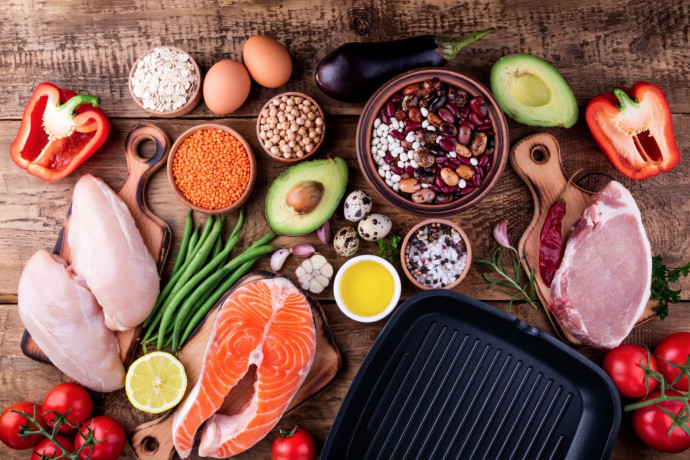 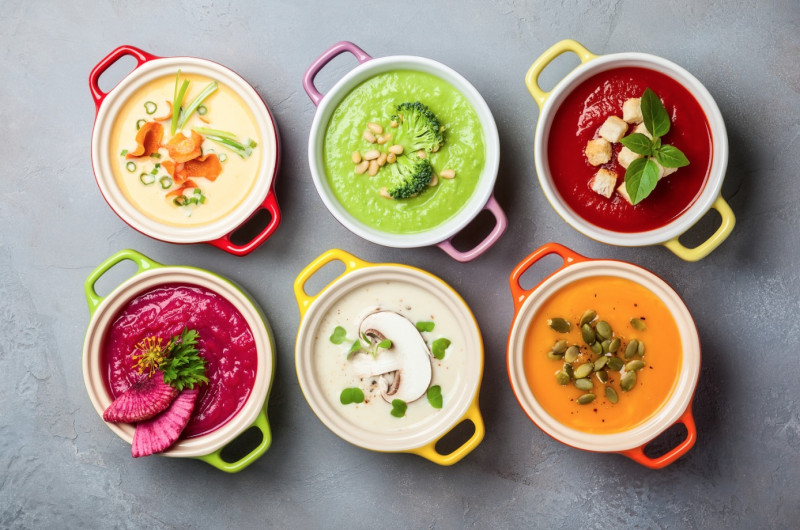 Defatting is a key step in making a perfect soup, stew, or stock, but it can also be difficult, messy, and frustrating. Try these tips for better skimming and degreasing.

A. Shift the heat

Skimming fat from a simmering pot of soup or stock often means chasing it around a bubbling surface. To make this task easier, move the pot to one side of the burner so that only half has contact with the heat. The simmering bubbles on the heated side push the fat to the cooler side, making it easier to skim.

Using a gravy separator to defat liquids is effective, but, admittedly, it’s sometimes a pain and requires a special tool. And forget about using one to defat a chunky stew. But there’s an easy alternative method that uses something you probably already have on hand. Just place a large lettuce leaf on the surface of the liquid in the pot; it will absorb excess fat, and then you can remove and discard it.

Spooning fat off of cooled stocks or broths can be tricky if the fat layer is thin and breaks into tiny pieces. Use cheesecloth to solve the problem.

1. Cut a single layer of cheesecloth (or paper towel) to fit over the container of cooling stock or broth, with enough excess to drape over the sides. Place the cheesecloth so that it lies directly on top of the liquid and doesn’t sink more than ¼ inch below the surface.

2. Refrigerate. Gather the edges of the cheesecloth and carefully lift to remove the hardened fat.

2. Spooning Off The Fat

After sautéing sausage or bacon, it’s often necessary to spoon off the fat before proceeding with the recipe. To get rid of the fat without removing the meat from the pan, use a pair of metal tongs to prop up one side of the skillet. Push the meat to the elevated part of the skillet and let it sit for a few moments so that the fat collects in the lower portion, where it can be easily spooned away.

Try this novel way to remove fat from pan drippings before making a sauce or gravy.

1. Pour the pan drippings into a paper coffee cup and place the cup in the freezer. Once the fat has separated and begun to solidify on top, after about 10 minutes, poke a hole in the bottom of the cup with the tip of a skewer.

2. Let the defatted drippings run out through the hole until the fat reaches the bottom of the cup.

Tempering—the process of gradually increasing the temperature of a heat-sensitive ingredient (such as eggs or dairy) with hot liquid to avoid breaking or curdling—usually requires a measuring cup and a steady hand. For a clever alternative, try a turkey baster. After sucking up hot liquid into the baster, you can control the speed at which it is mixed into the cool ingredient with a gentle squeeze. A baster is also easier to grasp than a full measuring cup while simultaneously whisking with the opposite hand.

6. Popping The Secret Of Oil Temperature

Here’s a trick that takes the guesswork out of determining when frying oil is hot: simply place a kernel of popcorn in the oil as it heats up. The kernel will pop when the oil is between 350 and 365 degrees, just the right temperature for deep frying.

No one looks forward to spooning that thin layer of liquid fat off the drippings from a roast before making a pan sauce or gravy. Yet if the fat remains, the sauce will be greasy. Here’s a method that makes the process much faster and easier.

1. Deglaze the roasting pan, fat and all, and scrape up and dissolve the browned bits from the bottom of the pan, but stop short of reducing the liquid. Pour the brown, fatty liquid into a small mixing bowl (metal works best because it reacts quickly to changes in temperature), and set the bowl in an ice water bath.

2. After a few minutes, as the liquid cools, small bits of fat will solidify and rise to the surface. If you rock the inner bowl very gently to create a small wave of liquid moving around its perimeter, the fat will collect around the upper inside edge of the bowl, where it will be easy to remove.