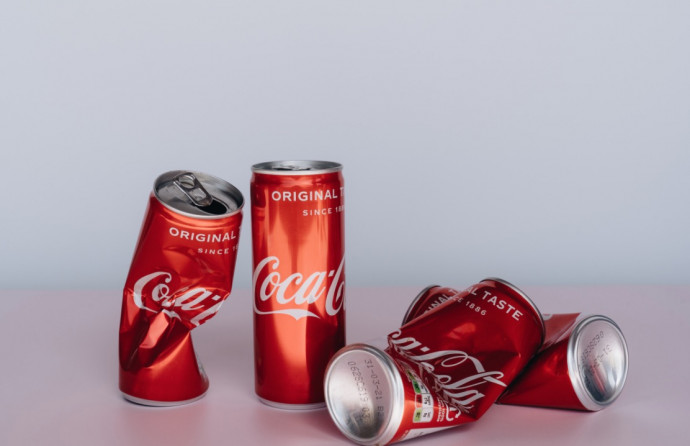 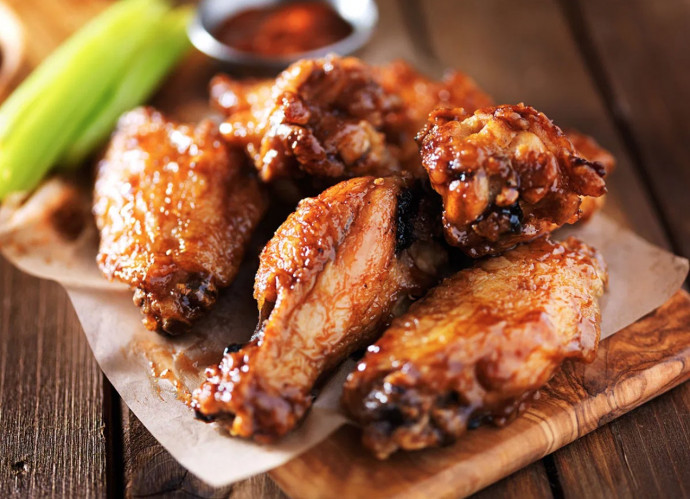 The beauty of chicken wings is the neverending variety of sauces they can be paired with—but did you know that you can also top them with a Coca-Cola BBQ sauce? In addition to mustard and ketchup, BBQ sauce is a much-needed condiment for any kind of barbecue. The delicious sweetness of the sauce is always a good contrast with the meat. Well, if you want to make your BBQ sauce even better, try adding Coke. The Coca-Cola Company even revealed a delicious BBQ sauce that is made from Coke.
This recipe is directly from Coca-Cola. You need 2 medium onions, ¾ cup of ketchup, 2 tablespoons of vinegar, 2 tablespoons of Worcestershire sauce, ½ teaspoon of chili powder, ½ teaspoon of salt and most importantly, ¾ cup of Coca-Cola. Try out this recipe, and you will never go back to using your old BBQ sauce. Highly recommended!
9 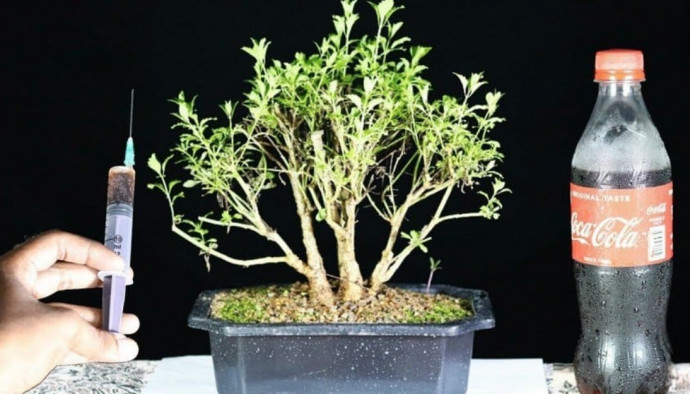 I know you probably heard that you should water your plants with… well, water. Although you can use water to water your plants, they might appreciate a nice refreshing Coke instead. The elements contained in Coke can actually make the plants grow much more rapidly. However, you have to be careful as too much soda may actually kill the plants because of the amount of sugar it contains.
This gardening hack is mostly advised to use for the plants like azaleas and begonias. Flowers, on the other hand, will be unable to absorb water or nutrients if they are watered by Coke and will quickly die.
6 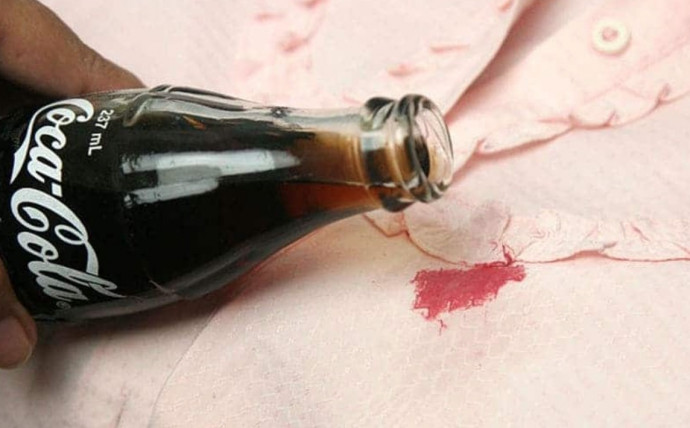 After letting the milk stain soak in Coca-Cola for around five minutes, just throw it in the wash. When you're all done with that milk jug, repurpose that milk jug as a scoop or as a tool to collect stripped paint from furniture.
7 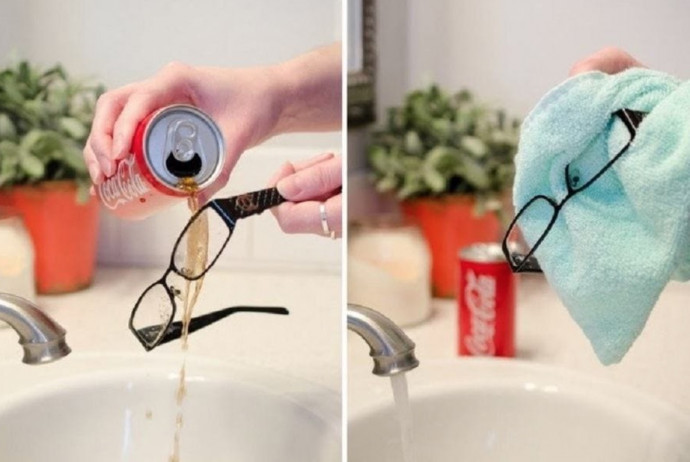 Just pour some Coca-Cola over your lenses, wipe dry and repeat with water to get rid of any sticky residue.
2 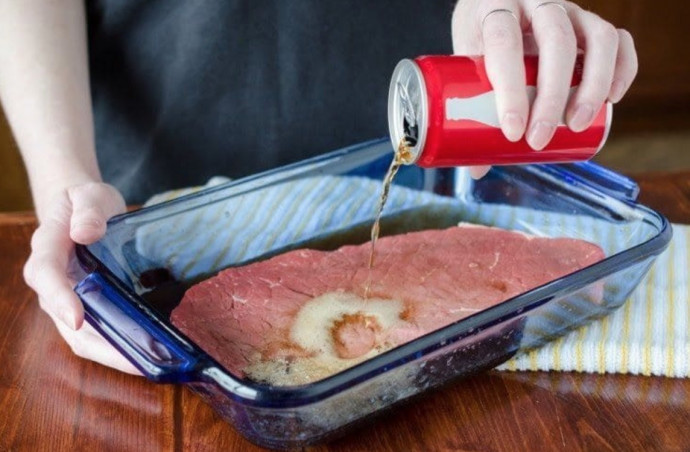 Cola's high acidity and caramel flavor makes a surprisingly good meat tenderizer. Cola typically has a pH of about 2.7—for comparison, lemon juice has a pH of 2—making it acidic enough to break down some proteins without dissolving your meat.This hack works best if you soak the meat for about 8 hours or even overnight.
7 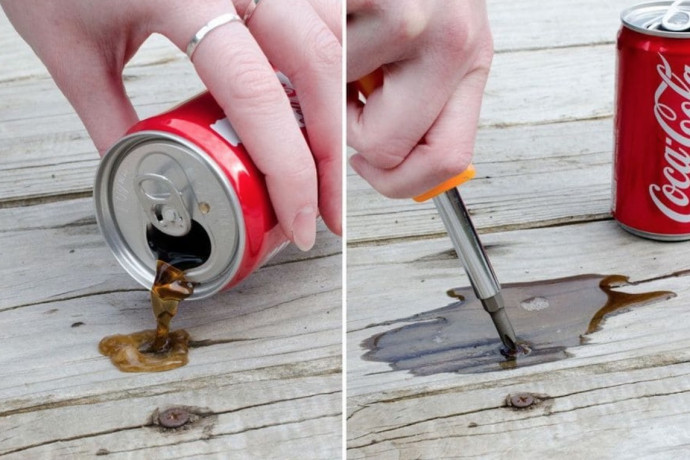 Bubbly soft drinks like Diet Coke and regular Coca-Cola contain phosphoric acid, a substance known to do a number on rust. Diet Coke doesn't contain the sugars so it's generally easier to clean up and doesn't attract ants. Pour the Diet Coke around the bolt and let it soak in.
8 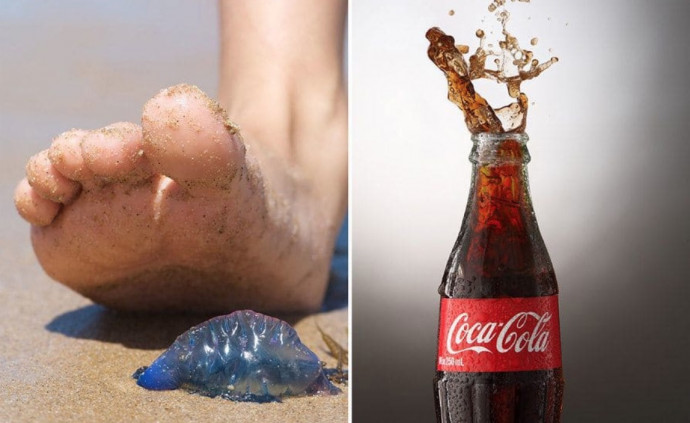 If your skin is itching, pour some Coca Cola over it! It can help soothe the pain of bug bites, spider bites, bee stings, and the even the dreaded jellyfish stings. It won't make the pain go away, but it will help you through the worst of your itching. Vinegar is probably the best option. However, hardly anybody will walk around with a bottle of vinegar in their back pocket. You are way more likely to have quick access to Coke when you’re on the beach.
7
coke hacks, coca-cola
Like!2
Add to bookmarks
Assign tags
Share on Facebook
Pin it!
Share on Twitter
Write a comment
No comments