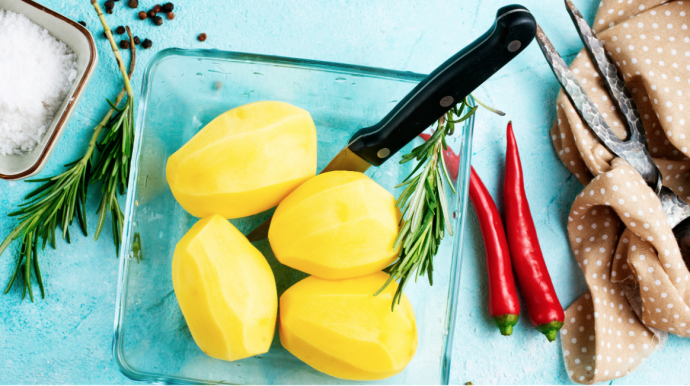 Kitchen hacks and simple solutions are amazing because they make our lives easier, save time, and minimize effort. Regardless of skill level—whether you’re a novice, naturally gifted in the kitchen, or simply blessed with many years of experience—these quick and clever kitchen hacks are sure to change how you cook for the better. I hope, these simple ideas and tips for cooking potatoes will make your time in the kitchen a little bit more pleasant! Peeling raw potatoes can be a challenge, since the peeled flesh makes the potato slippery and difficult to grasp. This is particularly true of smaller spuds. Avoid this problem by creating a handle for the potatoes with a corkscrew. Just lodge the corkscrew firmly in the potato as if it were a cork and hold the potato by the corkscrew handle.
6 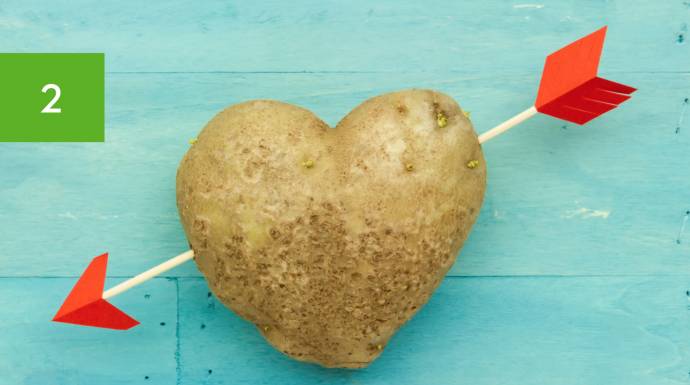 Forks and knives sometimes get stuck when piercing raw potatoes to allow steam to escape during baking, but there’s a better tool for the job. Prick the skin of the potato with the sharp tip of a corncob holder.
8 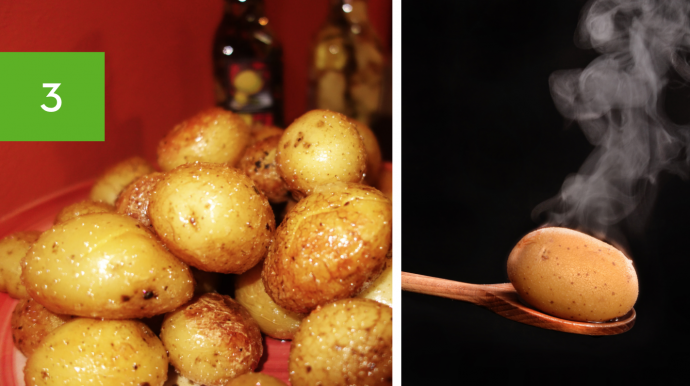 When potatoes are destined for mashing, we prefer to boil them with their skins on to keep them from getting waterlogged (drier potatoes are able to absorb more melted butter and cream). There is no doubt, though, that peeling just-boiled potatoes is a painstaking job. Here in the test kitchen we hold the potato with a fork and use a paring knife. If you have a ricer, you can avoid even this inconvenience by cutting each potato in half and then quickly placing each half cut side down in the ricer. This way the flesh is forced through the holes while the skin remains in the hopper. (note: the discarded skins need to be cleaned from the hopper after each press.)
4 For making mashed potatoes without a potato ricer, try using a sturdy metal colander with fine perforations. Press the potatoes through the colander with a stiff rubber spatula.
5 If you ever find yourself without a potato masher, you can use the beaters from a handheld mixer to mash potatoes. Never mash potatoes in the electric mixer itself: the motorized beaters will overwork the potatoes and turn them gluey.
5 By using an apple slicer, you can get spuds cut and ready for the fryer in no time.
1. Slice one end of the potato to create a stable base. Set the potato cut side down on the cutting board.
2. Push the apple slicer down over the potato, sectioning it into steak fry–size wedges. Cut the center cylinder in half lengthwise before cooking.
9 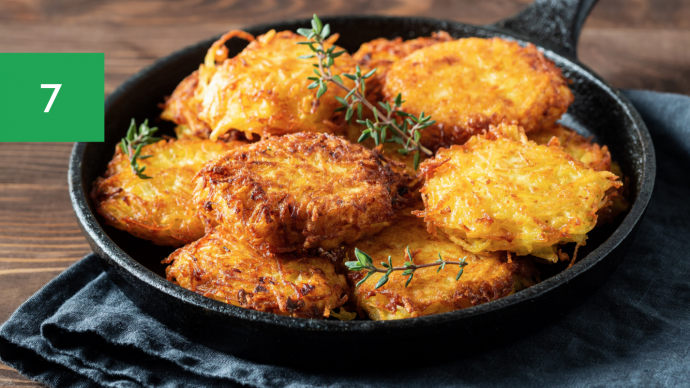 Preparing hash browns can occupy a lot of kitchen real estate: counter for grating, sink for rinsing, clean towels for wringing out and drying—and that’s all before the potatoes make it to the frying pan. Trim the preparation by placing the grated potatoes directly in the basket of a salad spinner. From here, you can rinse them and then spin away the moisture.
8
kitchen hacks
Like!1
Add to bookmarks
Assign tags
Share on Facebook
Pin it!
Share on Twitter
Write a comment
No comments