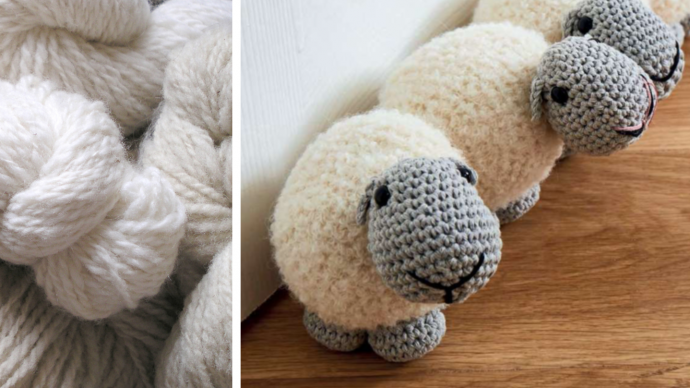 Hello, my dears! I’ve got several messages regarding the cute little sheep from my yesterday’s post picture, and I decided to share the pattern with you today. That would be not only a great practice for beginners but also a nice gift for your beloved ones or just a tiny cute friend for you. And as I promised, we are covering the invisible decrease in crochet today! I hope you will like it! Enjoy!

This little crochet lamb pattern is such a fun project! And I do have few tips for you. The hardest part is not the actual crocheting. You can actually feel where the stitches go pretty well! It is the decreasing/increasing. It is hard to see those stitches so you must count. And use a stitch marker! This is not the project to make while watching your favorite series on TV, it needs attention. But the upside is that this yarn is also extremely forgiving. It is really hard to see any kind of mistake. I honestly think you will be pleasantly surprised at how easy it is!

One more tip before you get started… Stuff VERY firmly. The little feet and (hands?) of the sheep will look much better if firmly stuffed and you will be able to see the nose if the whole head is fully stuffed. You will almost always need more than you think you need. I like to stuff them as full as I can. But don’t stuff TOO much or your stitches will stretch.

Be creative! You can make your lamb black or add a tiny flower.

Tension is not critical for this project, but stitches should be tight enough to stop stuffing showing through.

Rep rnds 3-18 six more times changing to beige/brown Yarn B from the second to last body and back to A for final body.

Fasten off. Using a tapestry needle, weave tail through rem st and pull tight to close.

Place stitch marker to mark this rnd Rnd 6: Dc around.

Insert the eyes (if using) on the marked rnd 8 sts apart.

(optional) You may continue with couple of rounds using Yarn A, the soft white one, to make the “hair” if you like.

Fasten off and sew closed the hole at the base of the head.

Fasten off and stuff well. Sew four close together on the base of each body.

Fasten off and sew onto the head just above and behind the eyes.

Use black embroidery thread and long stitches to create a V in the center for the nose and a line down for the mouth. Back-stitch a semicircle if you want to make the sleepy eyes. 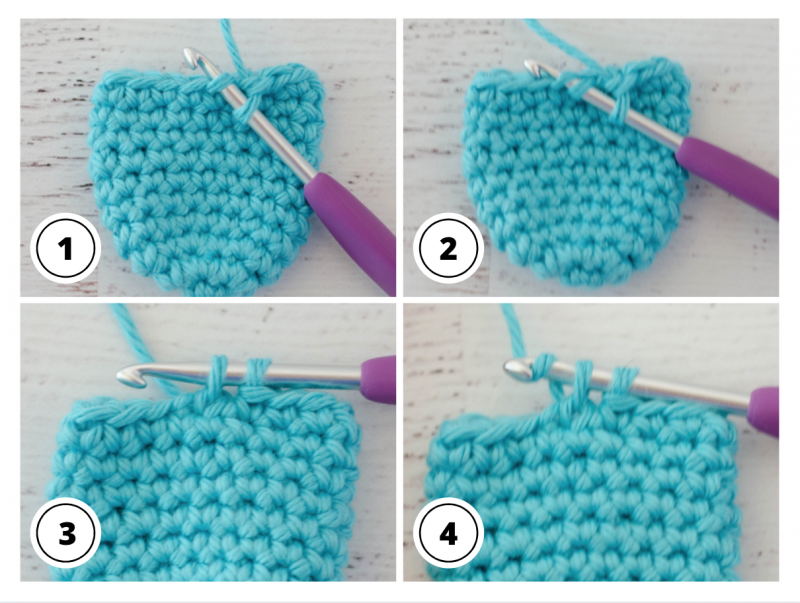 Insert the hook into the front loop only of the next stitch.

Yarn over and pull through the first 2 loops on the hook. This is actually the two front loops you picked up in steps one and two. There are now 2 stitches on the hook.

And that is how easy it is to single crochet invisible decrease! Easy, right?

Please let me know if you like this pattern and if you want to see more like that  – I’ll be happy to share more! Happy crocheting!

Little lamb is so cute. Thanks for sharing. Also, the blind decrease was so easy, once you explained it. It is something I will incorporate into my stitching. Make it a great day, and thank you again. L Lindsey.

Little lamb is so cute. Thanks for sharing. Also, the blind decrease was so easy, once you explained it. It is something I will incorporate into my stitching. Make it a great day, and thank you again. L Lindsey.

Dear Leoma, thank you so very much for your comment! And thank you for reading! Please don't hesitate to ask me any questions if you face any difficulties, I will try to explain and help! Have a lovely day! Anna

Great ideas n suggestions. I love going down the lists of things to Crochet. I am a beginner but hopefully I will grasp it.

Great ideas n suggestions. I love going down the lists of things to Crochet. I am a beginner but hopefully I will grasp it.

Thank you for being here with us! I'm 100% sure you will grasp it! Check out my beginner guides and tutorials (tags: #crochet lessons #crochet for beginners), I hope you'll find them helpful! 😊Have a pleasant day!