8 Tricks For the Tidy Baker 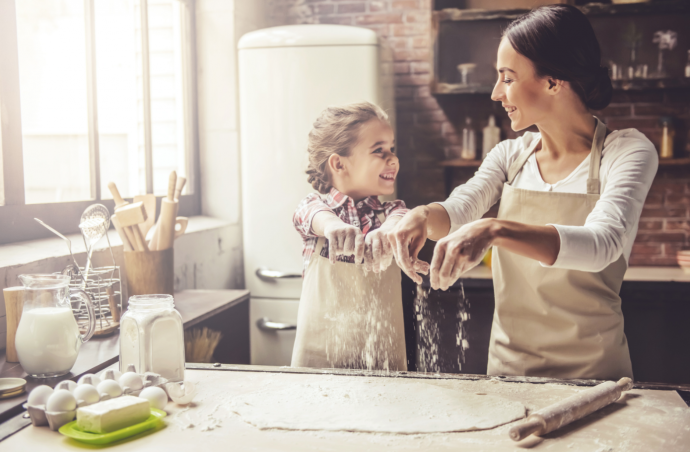 Because having a tidy kitchen makes cooking easier and more enjoyable, today I’d like to share with you 8 tips and hacks for tidy baking!

I’ve actually had a long history of messy cooking. As a teen, I would whirl through the kitchen like a tornado when I baked something. My sisters would complain about the mess I would leave in my wake. When I got married, to my surprise, I found that my husband placed an emphasis on keeping a clean kitchen. This perplexed me at first, but over the years I’ve come to see the benefits of a tidy kitchen. I only wish I could have appreciated this lesson sooner.

These quick and simple hacks will change how you bake for the better, I promise! Enjoy! 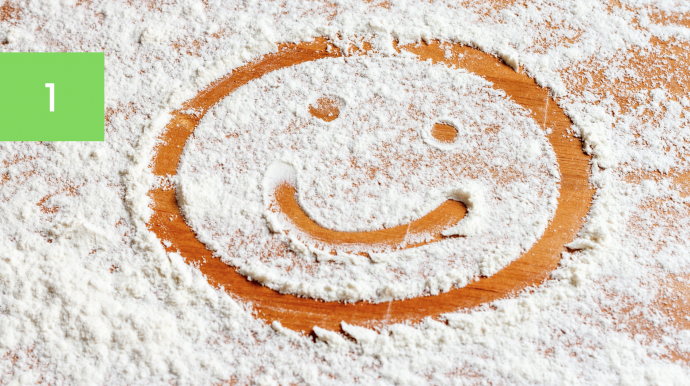 No matter how gingerly you try to open a new bag of flour, the results are the same: A cloud of fine white dust rains down on the counter. For a no-mess fix, try slapping the top of the bag a few times before opening it to settle the flour so that it stays inside.
25 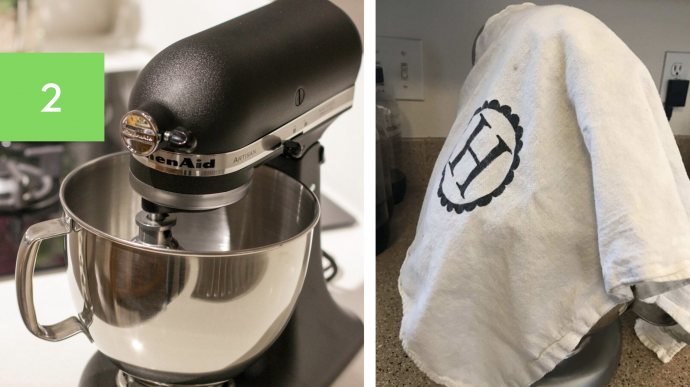 Dry ingredients can puff out in a cloud of fine particles when mixed, while wet ingredients, such as cream or liquid batters, can splatter. Here’s a good way to keep your counter clean when using a stand mixer: Once the ingredients are in the bowl, drape a clean, very damp dish towel over the front of the mixer and bowl. Draw the towel snug with one hand and then turn on the mixer. When done, simply wash the towel.
22 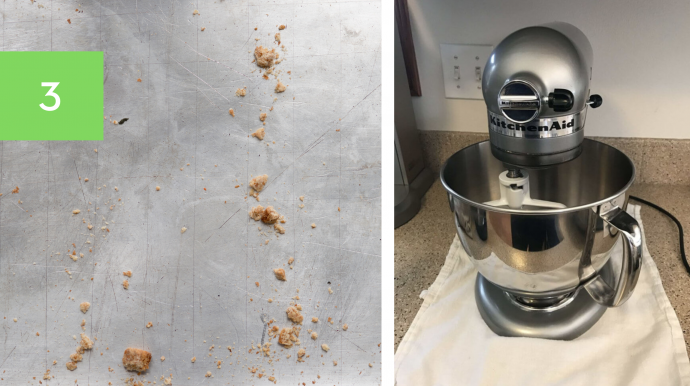 Bakers who use a stand mixer know well the mess that dry ingredients make if you add them to the mixer bowl too quickly. If you own the type that lifts the bowl up off the base, the mess is easy to control: spread a kitchen towel between the base and the bowl. If you have a model where the bowl affixes to the base, place the towel under the base. This provides a layer of protection to prevent the mess.
18

A tray is the way. 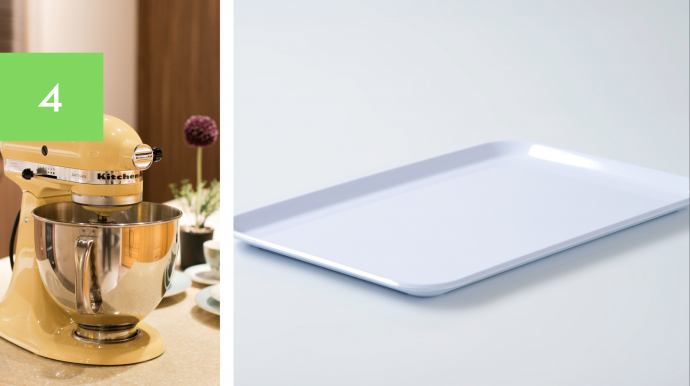 To avoid a mess and fussy cleanup when using a stand mixer, put a plastic serving tray (like the kind found in cafeterias) under the mixer. Not only is it easier to slide the mixer on the countertop, but any mess can be easily cleaned up with a quick rinse of the tray.
22

A flexible solution for mixer messes. 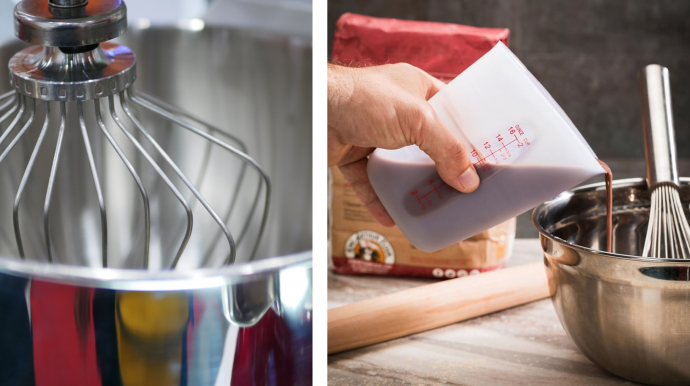 Adding dry ingredients to a stand mixer from a wide mixing bowl can often lead to spills on the countertop. To make adding ingredients like flour and sugar easier, use a flexible plastic container, like a large yogurt or cottage cheese tub. Once the ingredients are placed in the container, pinch the edges to control the flow of spill-prone ingredients.
20 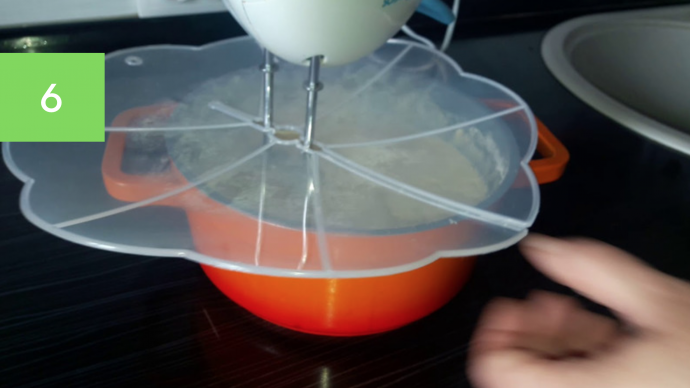 To avoid ingredients splattering out of the bowl when using a handheld mixer, take a plastic gallon-size ice cream lid, cut it to fit around the beater, and place it on top of the bowl. No more dirty countertops.
18 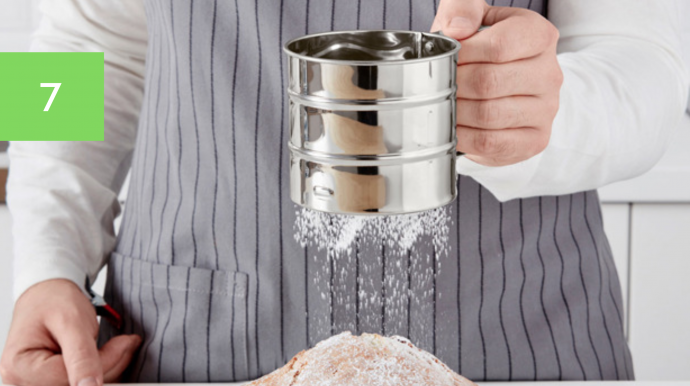 Keep your counters clean with this simple trick: when you have to put down your sifter in the midst of a baking project, try placing it on the lid from your flour canister to catch any flour that falls through.
18 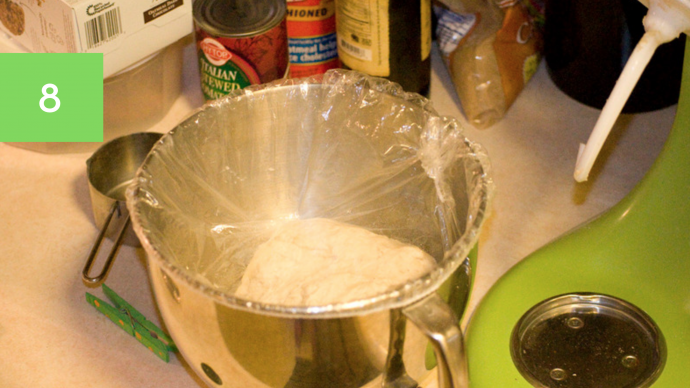 It makes sense to store the attachments for an electric mixer inside the bowl. But doing so can also expose them to dust. To avoid this, use a clean shower cap as a portable cover for the bowl and the attachments stored inside. You can use the same trick to keep dust from collecting on utensils stored upright in a crock. Whenever you’re cooking or have company, all you have to do is slip off the cap and stick it in a kitchen drawer.
21
kitchen, baking, tips, hacks, tidy baker
Like!2
4
Add to bookmarks
Assign tags
Share on Facebook
Pin it!
Share on Twitter
Write a comment
4 comments

Thank you very much!