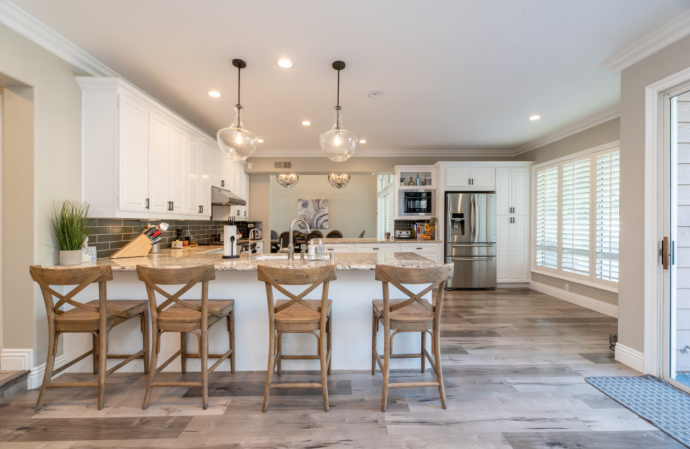 It's no secret that keeping your home clean and neat requires a great deal of time and energy, and many people choose Sunday to be the day of taking care of house, from cleaning and laundry to shopping and cooking. And I’ve prepared a new portion of great tricks to keep your home spotless and tips for cutting your cleaning time in half. Armed with a little know-how, you can get your home squeaky-clean in less time than you ever imagined possible. 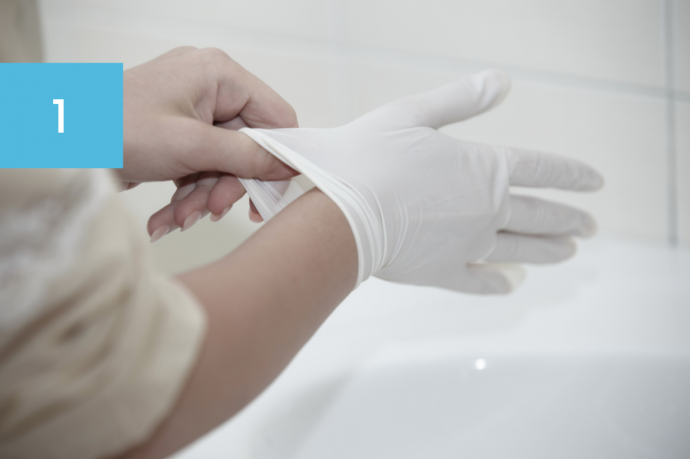 Lint rollers have their place, but if you want to remove pet fur that's embedded in your upholstery, there's a better way. A quick and easy method to remove hair is by rubbing a rubber glove over the area. Hair sticks to the rubber glove and can be removed.
32

Get lint off surfaces with coffee filters. 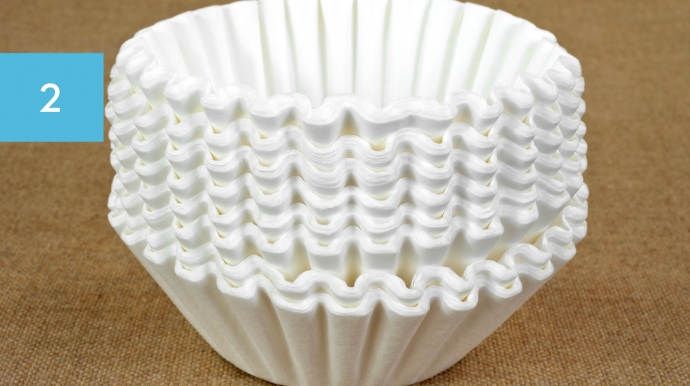 If paper towels have left your mirrors, windows, and glass-topped furniture covered in a fine film of lint, a kitchen staple can help pick up what they've left behind. Coffee filters and old cotton t-shirts work well to remove remaining lint.
32 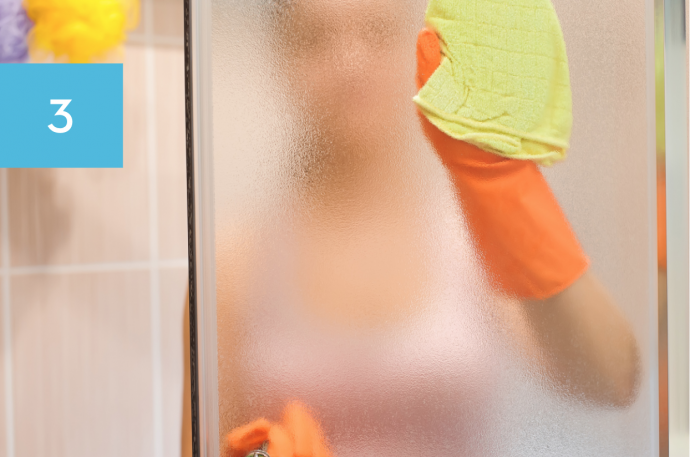 The liquid rinse aid you use in your dishwasher gets your cups spotless—and it'll do the same for your showers. Apply a generous amount to a paper towel. Begin rubbing your glass shower doors with it until all water spots and soap scum is removed.
30

Sprinkle salt on greasy dishes before washing them. 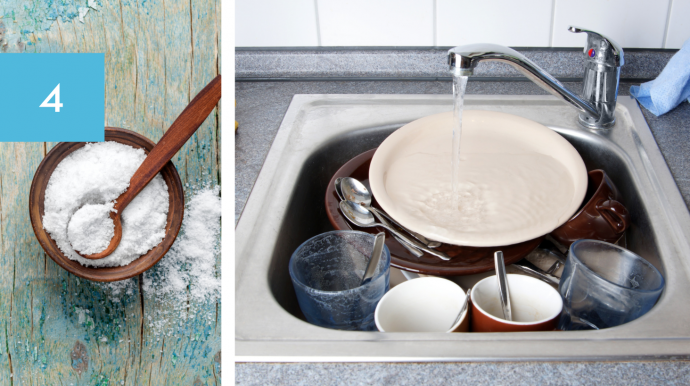 Together with keeping the greasy dishes in your sink to soak overnight, add some salt to them before scrubbing them with soap. It works well because the salt absorbs the grease and then your washing sponge is not sliding around the dish, spreading around grease.
36

Dust your fan with a pillowcase. 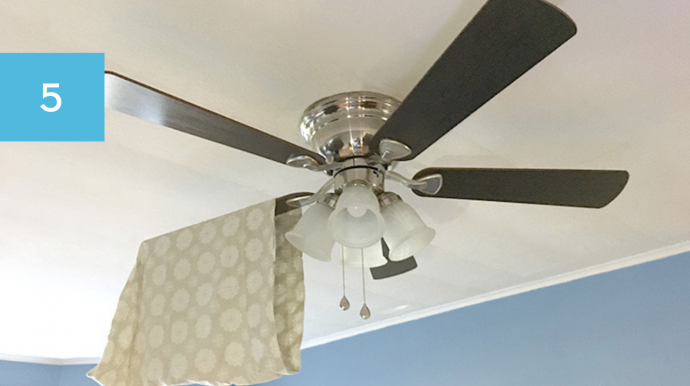 Instead of using a duster or cloth to clean your ceiling fan, which inevitably leaves the surfaces below it covered in dust and debris, use a pillowcase instead. Slip it in between the fan blades and swipe one at a time. When you're done, you can then just throw your pillowcase into the washing machine.
35

Use a knife to clean your air vents. 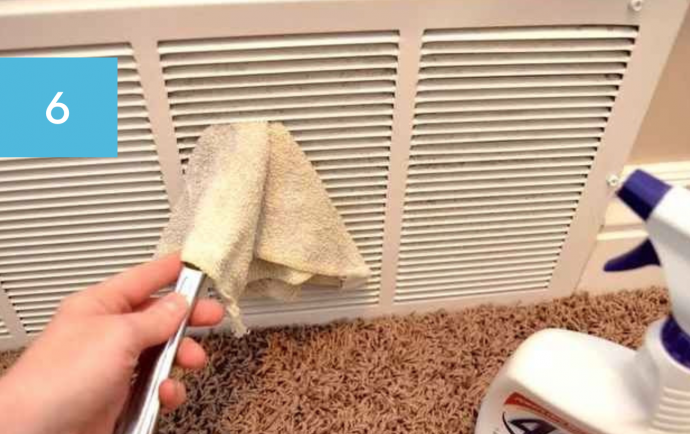 If you're not cleaning your air vents frequently, dust from inside them is being perpetually recirculated in your home. To make this onerous task a bit easier, use a knife instead of a traditional duster. Take a small rag and moisten it with some hot water, then wrap the rag around a butter knife to get in between each slat in the vent.
26

Rinse your plants in the shower. 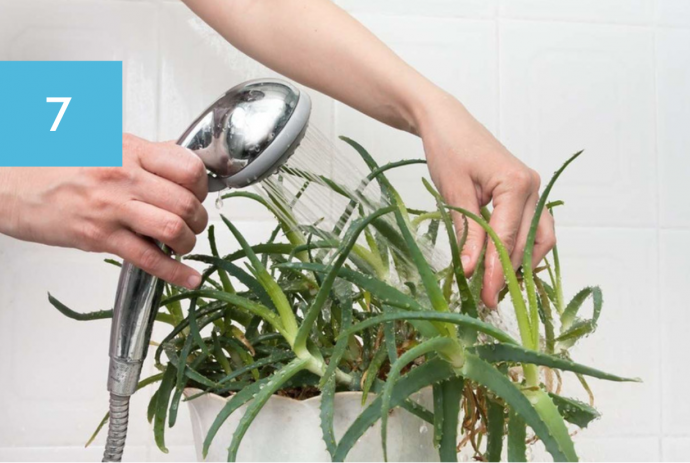 Just ordered.  nothing here yet